Despite it being a challenging year- Jamie who uses our services has lots to celebrate! 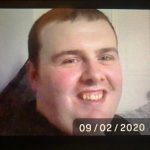 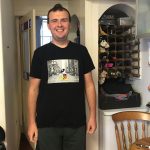 He’s risen to the challenge to lose weight and has managed to lose seven and a half stone in a year!
He has been supported throughout his weight loss journey by his SLSW Carer Rachael Cowling.
“He moved in a year ago and since then he has been following a Slimming World plan with Slimming World in Camborne,” said Rachael.
“I follow it too so it made it easy for us as a family.
“Jamie had lost weight before, but put some of it back on. This time he has really stuck to it.
“One of the main focuses of him moving in was to establish a healthy eating plan and we’ve done it.”

Even through lockdown, Jamie has not given in.
“In some respects being in lockdown it’s been easier as we’ve been home and can spend time cooking and the weight dropped off , he was losing 4lb a week,” said Rachael.
“In our family we all help out and he enjoys cutting the veg and has made spag bol.
“He also loves Slimming World lasagne, cottage pie and Chili con carne.”

As well as sticking to a healthy eating plan, he’s also enjoying regular exercise.
“He now has a bike and we go out together and it’s really changed him, we’re so proud of him,” said Rachael. 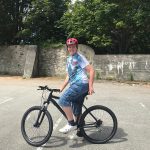 So are his friends at the Kehelland Trust.
“We went for a ride and stopped to say hello to everyone he knows at Kehelland Trust, who he hadn’t seen for a while,” said Rachael.
“They couldn’t believe the change in him and his weight loss.”
The family also have a new addition, their new puppy Chocco the Cocker Spaniel.
“Jamie helps with exercise with Chocco too,” said Rachael.

Being a SLSW Carer

It’s been ten years since Rachael first embarked on becoming a SLSW Carer.
“I was a foster carer and when the people i was caring for were old enough, they transitioned to Shared Lives.
“Since then I’ve been a SLSW Carer. It gives me the chance to be at home and work and I love to care.
“It’s important to treat the people we support as adults and help them grow in their lives.”